Nakuru County is among the counties that have experienced and effectively controlled the spread of the cholera outbreak that is currently affecting seven counties in the nation.

However, as of 28th December 2022, a total of five cases have been reported with one case being a new case reported in Nakuru North in the last 24 hours adding to the initial four cases in the Naivasha Sub-county.

Respective Sub-county Rapid Response Teams have been dispatched to the affected areas i.e Viwandani and Naivasha East wards in Naivasha and Dundori wards in Bahati. The teams are mandated to trace the cases and their contacts and search for additional cases as they give prophylaxis to all the contacts.

The county has taken several measures to mitigate the spread of Cholera within the affected regions. Some of the measures include active Case search and Contact tracing, clinical case management, enhanced surveillance with all healthcare workers and Community Health Volunteers being on high alert, and repositioning of commodities.

So far, a total of twenty-eight contacts had been line listed with the initial four cases, and eleven new contacts traced in the last 24 hours in Nakuru North.

The County has activated the Public Health Emergency Operation Centre(PHEOC) from watch mode to response mode. The Department of Health is currently conducting Community sensitization and the promotion of hygiene and sanitation to help curb the various outbreaks. 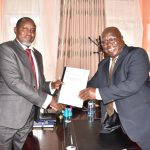 John Kihagi takes over as Lands CECMDecember 22, 2022
County Chief Officers urged to be accountable and serve with the highest level of integrityDecember 29, 2022 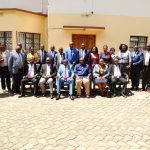